It is situated in the west-central part of the country with headquarters in Pokhara, which is an important tourist hub. Western region is divided into three parts, from south to north in order of increasing altitude: Terai, Hilly and Himalayan. The history and anthropology of western Nepal is complex and fascinating. The region is predominantly Hindu and Tibetans make up only a small part of the population. Yet Tibetans have had a significant influence on the area through trading and most of the homes in the region are of Tibetan style. Western Nepal lies in the rain shadow of Dhaulagiri so the monsoon is relatively light. Western Nepal offers off the beaten track and a trek that borders on an adventure. 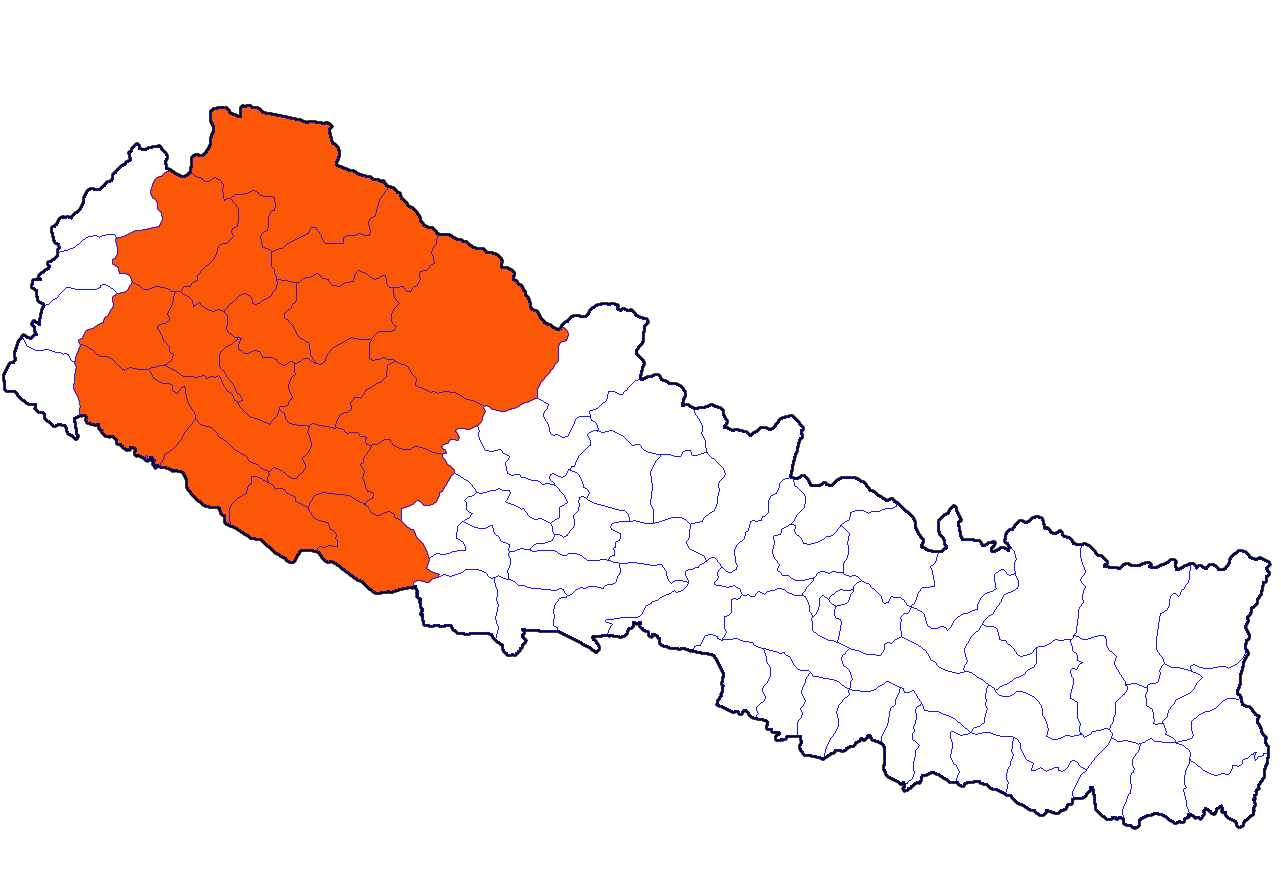