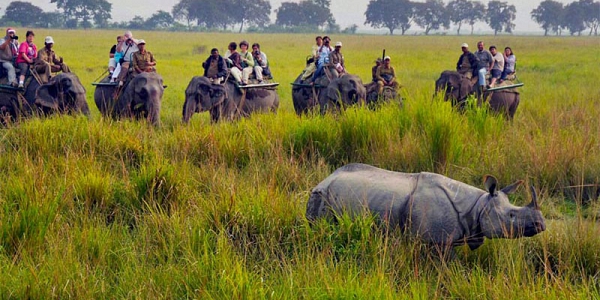 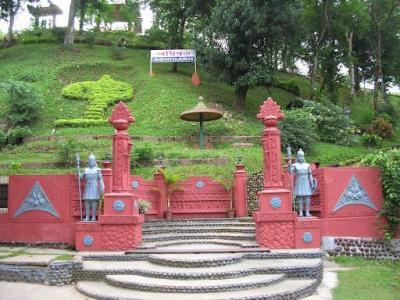 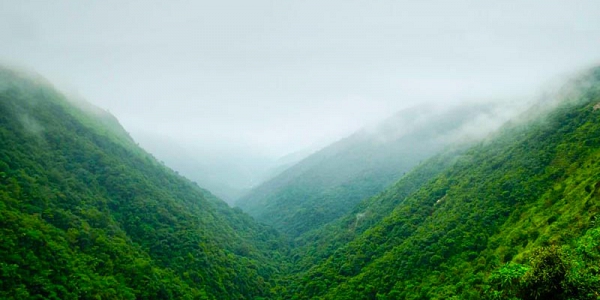 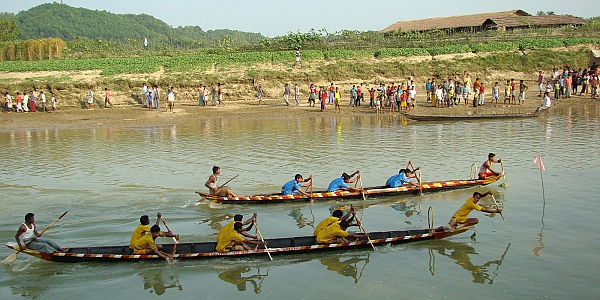 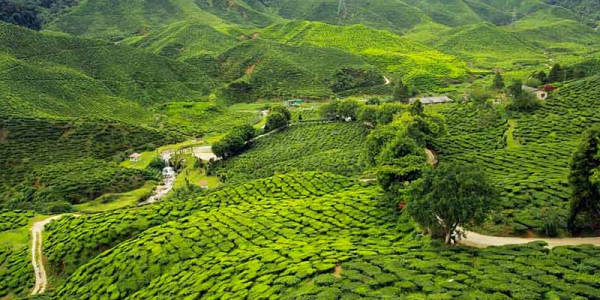 Assam, spread along the valley of the Brahmaputra river is a northeastern state of India. Assam, meaning undulating, is derived from the Ahoms (Dynasty). The Ahoms established a powerful kingdom that flourished along the south bank of the Brahmaputra river, which is one of the world’s widest rivers. Traditional story has it that the first king of Assam was Narakasur, son of Hindu God Vishnu and Dharitiri (mother earth). Assam is comprised of three main geographical areas: the Brahmaputra Valley, the Barak valley and the North Cachar Hills. Assam shares its border with states of Meghalaya, Nagaland, Arunachal Pradesh, Manipur, Tripura, Mizoram and West Bengal and also international borders with Bhutan and Bangladesh. Since Independence of India in 1947, Assam has been fragmented into several smaller states. The neighbouring states of Arunachal Pradesh, Nagaland, Mizoram, and Meghalaya were once part of Assam.   Assam famous for its tea gardens and rare one-horned rhinoceros, is essentially nature based having many national parks, lakes, rivers, hot water springs, wild life sanctuaries, unique flora & fauna, thick wooded forest and vibrant and colourful cultural festivals which all are major components of tourist attractions. Some of the most attractive places to see in Assam are Manas / Kaziranga / Orang and Dibru Saikhowa National Parks, Kamakhya Temple, Haflong, Sibsagar, Majuli Island, Hajo and Agnigarh.

Tezpur
'The City of Eternal Romance', Tezpur is 180 km away from Guwahati. The name Tezpur is derived from the Sanskrit words 'Teza' (meaning blood) and 'Pura' (meaning town or city). The city acquired its name owing to a myth involving one of the rulers of Tezpur. Tezpur, a city and the administrative headquarters of Sonitpur district in the&nb...
view more

Kaziranga National Park
Kaziranga National Park, declared as World Heritage Site by UNESCO is located 23 kms northeast of Guwahati and spread over 430 sq. kms. It is situated in the intense geographical location, the park presents a massive range of natural beauty. It is home of the Indian one-horned rhinoceros and one can find various other wild species such as tiger, , rhinoceros, Indian bison, elephant,...
view more

Jorhat
Jorhat is also referred to as 'The Cultural Capital of Assam'. It was originally formed on the eastern and western banks of the river Bhogdoi by the two markets or hats (Chowkihat and Macharhat). The city Jorhat was the last capital of the Ahom Dynasty as earlier dynasty capital was situated at Sibsagar. Jorhat acts as a gateway to upper Assam and to the state of Nagaland. Howe...
view more

Dibrugarh
The 'Tea City of India' is located on the upper-west region under the shadows of River Brahmaputra, Sibasagar and Tinsukia. Dibrugarh derived its name from Dibarumukh (as a renowned encampment of Ahoms during the Ahom-Sutiya War). Dibrugarh is considered as the major producer of tea. It usefully closes a loop between Kaziranga and the Ziro–Along–Pasighat route ...
view more

Guwahati
'The Light of the East' is the gateway of Assam and to the entire North East region. Straddling the banks of the Brahmaputra, this former capital of the Kamrup kings is crowded, busy river town and a major commercial hub for the region. The city experienced a brief period of Burmese rule during the Burmese invasions of Assam from 1817 to 1826. The name Guwahati is a portmanteau...
view more