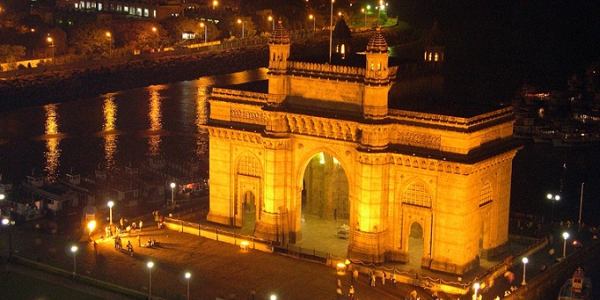 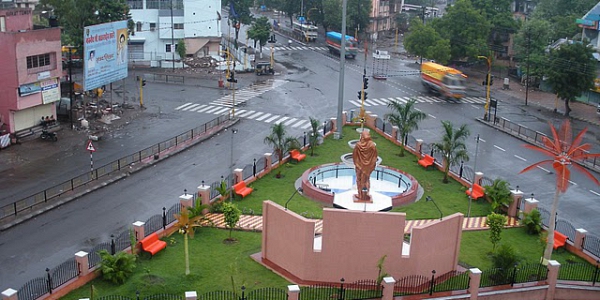 Maharashtra is a state in western part of India. It is bordered by the states of Karnataka, Goa, Gujarat, Madhya Pradesh and Andhra Pradesh. Maharashtra literally means the `Great State’ or `Great Nation’. The name is believed to have been originated from the word Rathi, which means `Chariot driver’ and `builders of chariot’ who were called as `Maharathis’ or `Fighting Force’. Portuguese in 1534 called it by name 'Bom Baia'. The English East India Company took Mumbai on lease from the crown. They shifted their headquarters from Surat to Mumbai in 1687. They changed the Portuguese name 'Bom Baia' to 'Bombay'. Kolis, the original fisher-folk inhabitants of Mumbai used to call it 'Mumba' after Mumbadevi, the Hindu goddess. It is second most populous state of India. The western coast of the state is spread through the vast Arabian Sea. Maharashtra, which is known for its amazing natural beauty and rich cultural heritage is one of the most industrialized states of India. Some of the prime cities of Maharashtra include Mumbai, Pune, Nashik, Shirdi, Kolhapur and Nagpur. Tourism in Maharashtra offers almost everything from its pristine beaches, hill stations, wildlife sanctuaries, waterfalls, natural caves, forts, colourful festivals, ancient pilgrimage shrines, museums, and historical monuments that draw large number of travelers. Apart from this, Maharashtra tourism also plans to focus on various other innovative areas such as Bollywood tourism, Wildlife tourism, Eco Tourism, Wine tourism, Agro Tourism, and special entertainment zone.

Mumbai
Mumbai is the capital city of Maharashtra. It is the most populous, dynamic, cosmopolitan and crowded city in India. Consisting of seven swampy islands when the Portuguese acquired it in 1534, Bombay came to the British Crown in 1661. Finding little use for the islands, the British then leased them for apittance to the East India Company, which quickly realized their potential ...
view more

Aurangabad
Aurangabad is the largest city in northern Maharashtra, Aurangabad ("Aurang City") is named after the Mughal emperor Aurangzeb and was founded in 1610 by Malik Ambar, prime minister of the Nizam Shahi rulers of Ahmadnagar. In 1653 it became the headquarters of Auranzeb, the last Mughal emperor. Aurangabad is titled "The City of Gates" and the strong presence of these can b...
view more