States:Maharashtra, Gujarat, Madhya Pradesh & Chattisgarh
Gujarat, India’s westernmost state, has a long coastline on the Arabian sea and has welcomed an enormous variety of cultural influences from many lands, created its own rich traditions that have affected the world.
Madhya Pradesh, the regions long and convoluted history is revealed in the remarkable remains of prehistoric cave paintings, the Buddhist site at Sanchi, the enthralling carved temples at Khajuraho, the grand forts at Gwalior and Raisen and the palaces of Mandu. The state of Maharashtra, with aesthetic appetite whetted by Elephanta, one must move on to the carved caves of Ajanta & Ellora, ranked high amongst the greatest wonders of the world. 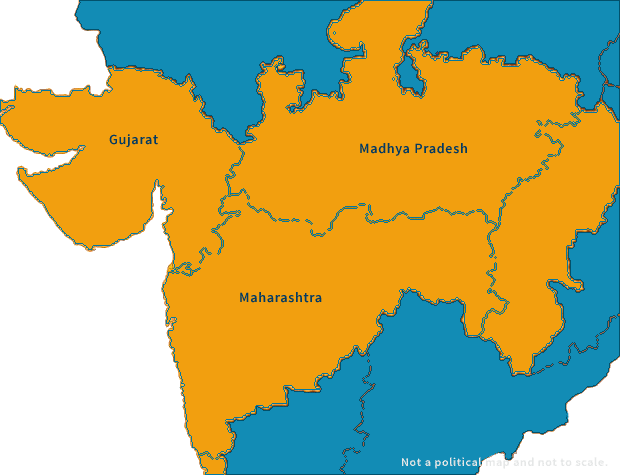