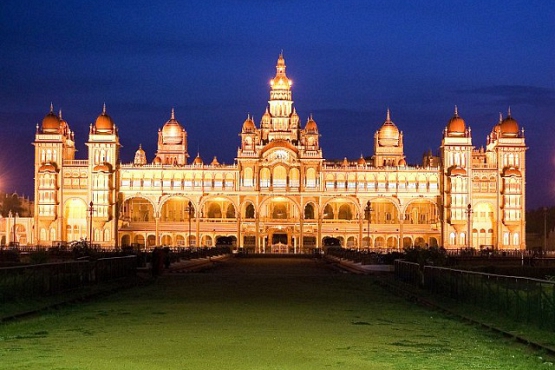 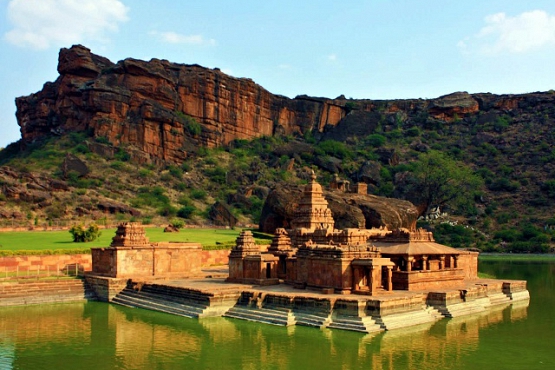 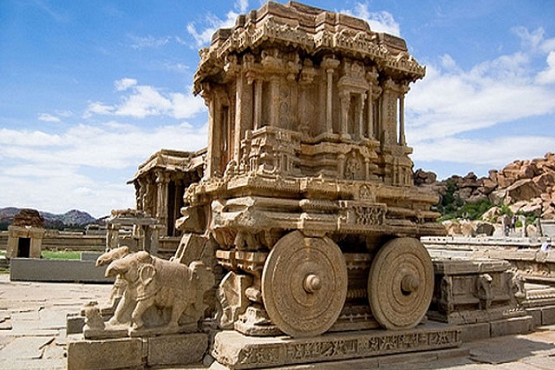 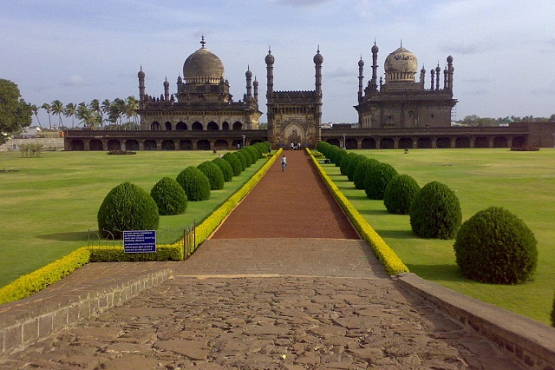 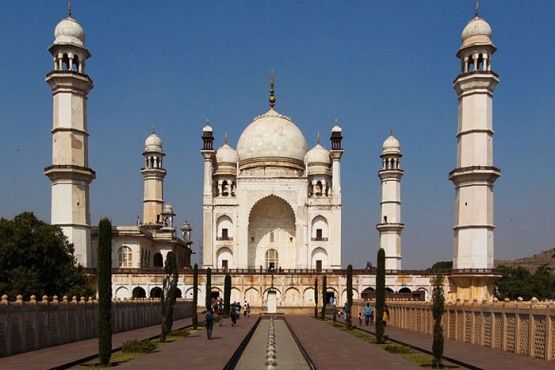 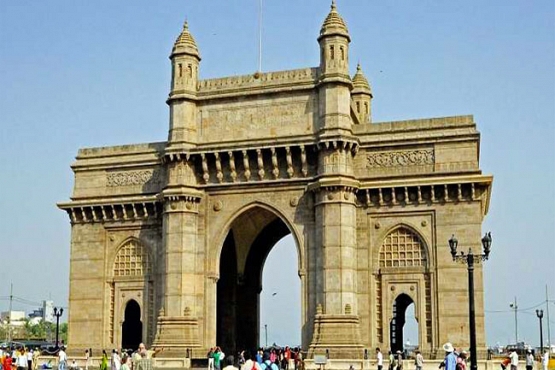 The 'cradle of stone architechture' Southwestern India flaunts some of the most astonishing architechtural marvels some of them are UNESCO World Heritage sites.This two week program takes you the states of Maharshtra and Karnataka, visiting the ancient caves and temples of Ajanta and Ellora, the opulent Badami temples to the majestic Chitragupta Fort, ancient Aihole to the magnificient r... Read More

On arrival at Mumbai international airport, meet, assist and transfer to hotel.

Overnight at your hotel.

Early morning transfer to domestic airport for connect flight to Aurangabad. On arrival meet, assist and transfer to hotel.

PM excursion to Ellora Caves a UNESCO World Heritage (29 Kms) which encompass 34 rock-cut shrines representing Buddhist, Hindu and Jain art. Ellora, with its uninterrupted sequence of monuments dating from A.D. 600 to 1000, brings the civilization of ancient India to life. Not only is the Ellora complex a unique artistic creation and a technological exploit but, with its sanctuaries devoted to Buddhism, Hinduism and Jainism, it illustrates the spirit of tolerance that was characteristic of ancient India. (Closed on Tuesdays)

Later visit Bibi Ka Maqbara. The mausoleum dates from 1678 and it was erected by Prince Azam Shah, one of Aurangzeb's sons, in memory of Begum Rabia Durani, his mother. It stands in the middle of a spacious and formally planned garden, some 457 by 274 metres, with axial ponds, fountains, and water channels, many defined by stone screens and lined with broad pathways. The garden is enclosed by high crenellated walls with bastions set at intervals, and open pavilions on three sides.

About 107 kms. from the city of Aurangabad, the rock-cut caves of Ajanta nestle in a panoramic gorge, in the form of a gigantic horseshoe. Among the finest examples of some of the earliest Buddhist architecture, caves-paintings and sculptures, these caves comprise Chaitya Halls, or shrines, dedicated to Lord Buddha and Viharas, or monasteries, used by Buddhist monks for meditation and the study of Buddhist teachings. The paintings that adorn the walls and ceilings of the caves depict incidents from the life of the Buddha and various Buddhist divinities. Among the more interesting paintings are the Jataka tales, illustrating diverse stories relating to the previous incarnations of the Buddha as Bodhisattva, a saintly being who is destined to become the Buddha. (Closed on Monday).

Morning depart Aurangabad by surface for Bijapur. On arrival check into your hotel.

AM half day sightseeing of Bijapur visiting the 2nd largest dome in the world, the Gol Gumbaz. Any sound in the wide whispering-gallery in the octagonal building is repeated 10-12 times due to an acoustical phenomenon. Other buildings to see are the elegantly constructed Ibrahim Roaza, Gagan Mahal and Bara Kaman, it was the capital of the Adil Shahi Kings who have left a wealth of monuments. PM at leisure.

Morning leave for Badami. On arrival check into your hotel. Afternoon  visit  Badami also known as Vatapi. It has some ancient Hindu and Jain Temples carved out of sandstone hills. The carved temples date back to the 6th century of these; three are Hindu and one Jain. Sculptured out of solid rock, they are profusely adorned with carvings. The Fort atop a hill encloses large granaries, a treasury and a watch tower. The famed Malegitti Shivalaya temple set on the summit of a hill is built of stones joined without the use of mortar.

Full day excursion to Pattadakal & Aihole. Pattadakal, referred to as Petrigal, reached its pinnacle of glory under the Chalukya kings from 7th to 9th centuries.  The oldest in this group is the Sanghameswara Temple.  The Mallikarjuna Temple has pillars depicting the life of Krishna.  Virupaksha temple has sculptures and panel scenes from the epics, the Ramayana and Mahabharata.  The Papanatha Temple has impressive carvings on the pillars and its ceiling. At Aihole, visit the Durga, Ladkhan & the Kunti group of temples.

Overnight at the hotel

Morning leave for Hospet. On arrival check into your hotel. Later excursion to Hampi, the once beautiful capital city of Vijayanagar Empire sometimes compared to that of Rome, has palaces, temples and sculptures, spread all over. The city was razed to the ground during the Sultanates of south in 1565. Some of the interesting ruins remaining are the Virupaksha, Vittala and Hazara Rama temples, huge Ganesha and Narasimha images, the elephant stables, the Queen's Bath, carvings on the Ramachandra temple and the Lotus Mahal.

Morning drive to Hassan. On arrival check into your hotel. PM at leisure.

AM sightseeing of Belur and Halebid. one of the finest specimens of Hoysalan architecture. The wealth of sculptural detail at Belur and Halebid rivals the temples of Khajuraho or the best of European Gothic art. At Belur the temple of Lord Channekeshava is embellished with superb carvings of deities, animals and friezes depicting the life and times of Hoysala rulers. Halebid was the seat of Hoysala Kingdom, its great Hoysaleswara Temple was also built in the typical Hoysala style of architecture. A stellar base with the emblem of the lion and elephants seemingly supporting the temple, symbolise stability. Later depart Hassan by surface for Mysore (115 kms. 2-3 hrs)  en-route visit Sravanabelagola. At Sravanabelagola, hewn out of a single rock and visible from a distance of 25 Kms is the statue of Lord Gomteshwara which is bathed with milk and honey once every 12 years.  Later leave for Mysore. On arrival at Mysore, check into your hotel.

Full day sightseeing tour visiting the palace. Also visit the Art Gallery, drive upto Chamundi hill to see Chamundeshwari Temple and have a panoramic view of Mysore from the top of the hill.  On way back, see the Nandi Bull.

Morning visit the flower market. Later leave for Bangaluru. On arrival transfer to the international airport for connect flight to home destination 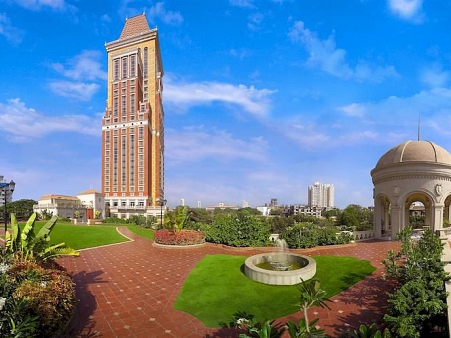 Inspired by British Colonial architecture of old Bombay, this luxury hotel in Mumbai is located amidst business & recreational centers in Parel. The hotel offers a breathtaking 360 degree view of the city. A LEED Platinum Certified Hotel (USBGC), it is located in one of Mumbai’s leading business districts and is a few ...
More Choice of Hotel in Mumbai 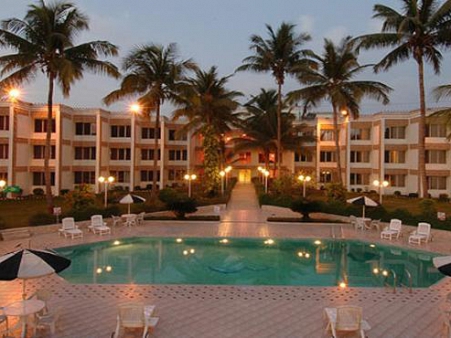 Recreating the magnificence of Ajanta and Ellora caves, in a beautiful setting; The Rama International is set in 13 acres of landscaped gardens with recreational facilities and beautiful interiors that create the architectural marvels of the Ajanta and Ellora caves. The rooms and suites set against lush greenery and the minute a...
More Choice of Hotel in Aurangabad 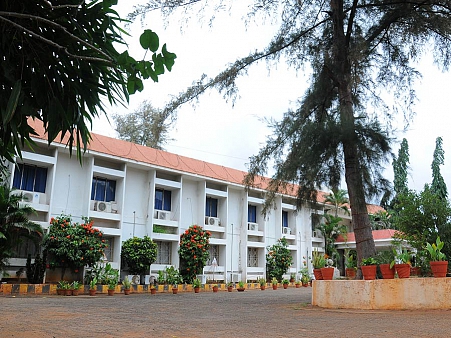 The Badami Court hotel sits in pastoral coutry-side 2kms from the noisy town center. Rooms are functional than plush. ...
More Choice of Hotel in Badami 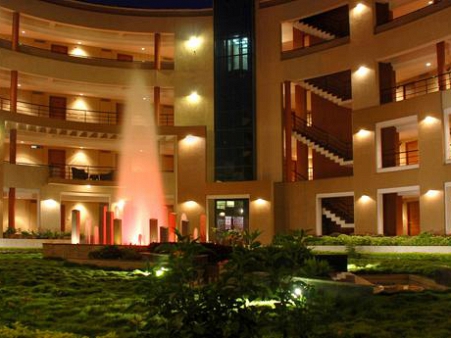 Hotel Malligi is located amidst 5 acres in the heart of Hospet. Hotel Malligi, Where past meets the present” is an epitome of classic elegance and warm hospitality, at Malligi we are dedicated to pamper our guests with exemplary personal services....
More Choice of Hotel in Hospet 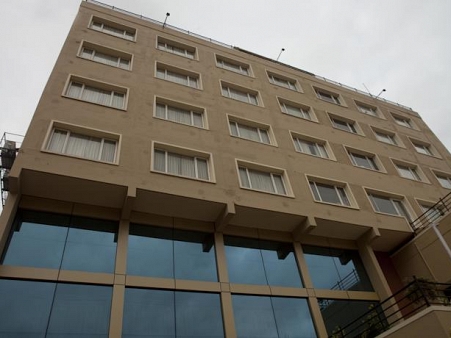 A prominent hotel in the heart of Hassan town with a close proximity to Bus and Train station. Also an ideal stop over for the travelers visiting Belur,Halebidu,Shravanabelagola. It has 48 well appointed Premier & Deluxe rooms with all modern facilities. Every room is beautifully decorated and very clean. ...
More Choice of Hotel in Hassan 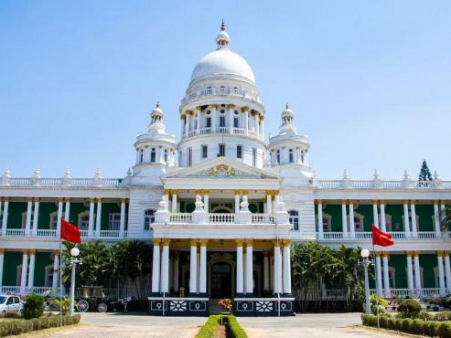 On a low hill, just outside the royal city of Mysore, stand a shimmering white palace - a splendid Italianate palazzo, double-columned and domed - set in sparawling terraced and landscaped gardens. This is the Lalitha Mahal Palace, built by the erstwhile Maharaja of Mysore to host his most important guest, the Viceroy of India.&...
More Choice of Hotel in Mysore 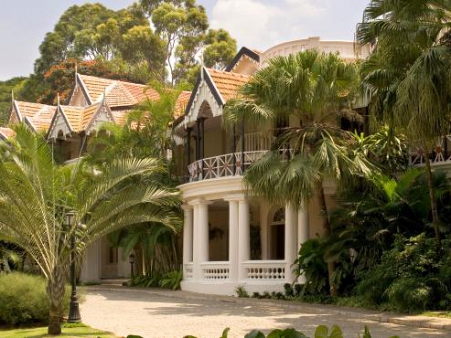 The Taj West End is a charming property set amid luscious 20-hectare garden in the middle of Bangalore, a bustling city. the rooms are designed with a sense of openness, warm textures, fabrics and lighting along with a careful choice of artifacts. Exquisite gardens and beautiful water features enhance the natural beauty of the a...
More Choice of Hotel in Bengaluru

The 'cradle of stone architechture' Southwestern India flaunts some of the most astonishing architechtural marvels some of them are UNESCO World Heritage sites.This two week program takes you the states of Maharshtra and Karnataka, visiting the ancient caves and temples of Ajanta and Ellora, the opulent Badami temples to the majestic Chitragupta Fort, ancient Aihole to the magnificient ruins of Hampi, historical Bijapur to the stately Mysore Palace.