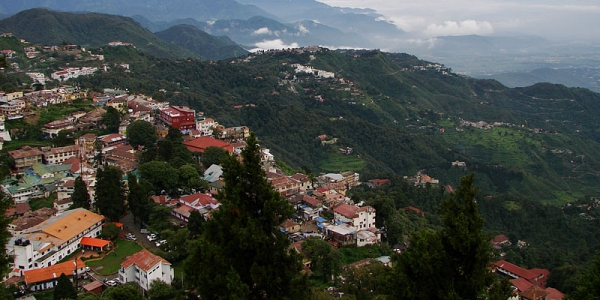 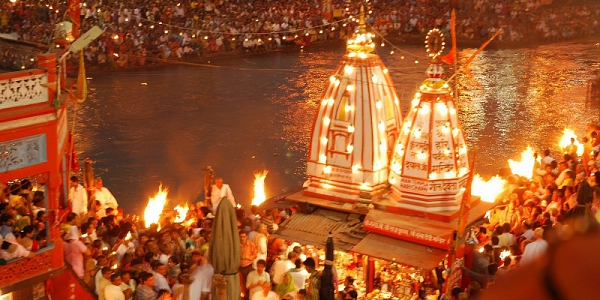 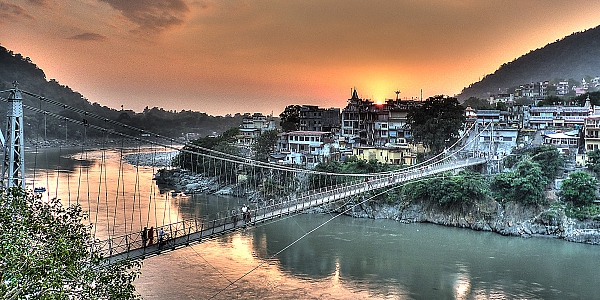 Uttarakhand formerly Uttaranchal is a state in northen part of India. It is composed of two words, "uttar" meaning "north" and "aanchal" meaning "blessings." Earlier also known as "Devbhumi" meaning "the land of God," due to many Hindu temples and pilgrimage places found throughout the state.  Uttarakhand became the 27th state of India on November 9, 2000. In January 2007, the name of the state was officially changed from Uttaranchal, its interim name, to Uttarakhand. It borders Indian states of Uttar Pradesh to the south, Himachal Pradesh to the northwest,  China on the north, Nepal on the east. Uttarakhand is broadly divided into two zones Kumaon and Garhwal. Large segment of the people in Uttarakhand, especially in the upper reaches, are heterodox Buddhists and Hindus. Many of Hinduism's most important shrines lie within Uttarakhand, tucked away in the mountains and along the rivers of the state. Amongst these the most sacred are the `Char Dham''- four shrines Gangotri, Yamunotri, Badrinath and Kedarnath. Uttarakhand is home of Himalayas and truly a paradise on earth specially for nature lovers and adventure sports enthusiasts as one can experience river rafting, trekking, paragliding and jeep safari. Mussoorie, the 'Queen of Hills', Nainital, the 'Lake District', Almora, the 'Switzerland of India', Ranikhet, Pithoragarh, Pauri and Munsyari are some of few highlights for the nature lovers as well as for people who love to see scenic beauty and also beat the heat in the cool air of mountains. Uttarakhand is different from rest of the world as it has fresh air, pure water, scenic beauty, chilling snow, adverting mountains, simpler people and a tougher lifestyle.

Mussoorie
Mussoorie is a hill station 34 kms from Dehradun and situated at an altitude of 2003 m above sea-level in the Garhwal hills. The name, Mussoorie is derived from plants of 'Mussoorie' which were found in abundance here. In 1820, Captain Young of the British army was influenced by the beauty of this place and made it his residence. After its discovery, this hill station gradually...
view more

Haridwar
Haridwar or 'the Gateway to the Gods' is located at a distance of about 214 km from Delhi and 28 km from Rishikesh. Haridwar contains two words Hari & Dwar. Hari means God & Dwar means gate. The Ganges, India’s holiest river descends from the Himalayas and begins its journey through the plains at Haridwar. This gives the town a unique status, making a pilgrimage to Haridwar...
view more

Rishikesh
Rishikesh is a holy city on the banks of the River Ganges located at a distance of 24 km from Haridwar. This holy city is called the Devbhoomi and is considered as the doorway to the Himalayas. The holy river Ganga is quite amazing and breathtaking here that enhances the beauty of the place. Ancient history suggests the presence of Rishikesh in the legendary “Kedarkhand” region. I...
view more