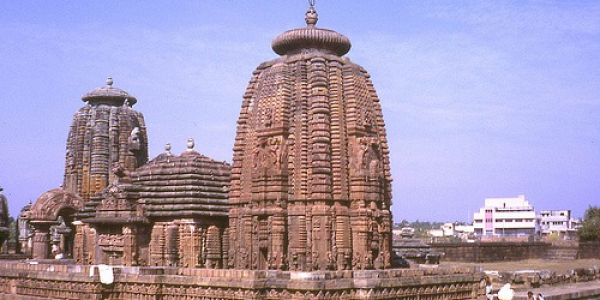 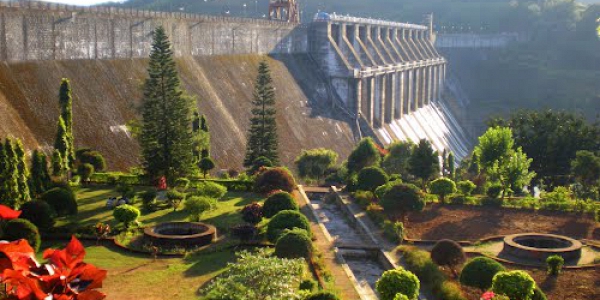 Odisha, formerly known as Orissa is an Indian state, bounded on the west by the thickly forested hills and on the east by nearly 500 km of coastline on the Bay of Bengal. It is surrounded by the Indian states of West Bengal to the north-east and in the east, Chhattisgarh to the west and north-west, Jharkhand to the north and Andhra Pradesh to the south. The name Odisha is derived from Pali or Sanskrit words Ora (Ura) or Odra Desa or Sumera or Odra Visaya. Odisha has a history spanning over a period of over 5,000 years. Before Kalinga it was named as Udra or "Odra Desa". A major turning point in world history which took place in Odisha was The Kalinga War, which was fought in 261 BCE that led emperor Ashoka to embrace non-violence and the teachings of Buddha. Ashoka's military campaign against Kalinga was one of the bloodiest in Mauryan history on account of the fearless and heroic resistance offered by the Kalingas to the mighty armies of the expanding Mauryan empire. However, Ativ Land (South Western Odisha) was unconquered by Ashoka. Orissa is blessed its palm-fringed beaches, shimmering lakes, serpentine rivers, mighty waterfalls, forest-clad blue hills of Eastern Ghats, which are home to rich flora and fauna that impress and lure tourists from all over the world. Orissa offers picturesque national parks and wildlife, unpolluted beaches, traditional music and dance, temples, handicrafts, tribal culture, and Buddhist relics. Dolphin tourism provides an important alternative source of income for many local residents. Orissa is also famous for its fairs festivals, stone carving, silver filigree, applique work, exquisite handicrafts, and beautiful textiles. Main tourist attractions of Orissa are Konark Sun Temple, Puri Rath Yatra, Jagannath Temple, Barabati Fort, Qadam-I-Rasool, Bhubaneshwar, Puri, Raghurajpur Handicrafts Village, Chilika Lake, Tribal Villages, Buddhist Sites, Chandipur Beach and Orissa State Museum.

Bhubaneshwar
Bhubaneswar is bounded on the west by the thickly forested hills of the Eastern Ghats and on the east by nearly 500 km of coastline on the Bay of Bengal. It is the capital of the Indian state of Odisha, formerly known as Orissa. Bhubaneswar derived its name from Tribhubaneswar, which literally means the Lord (Eeswar) of the Three World (Tribhuban), which refers to Shiva. A...
view more

Baliguda
Baliguda is a town in Kandhamal district of Odisha. The small town on the eastern ghat is also district headquarters. The town is home for many flora & fauna, through the beautiful countryside road full with small mountains of Sal forest. The forests, being mixed deciduous, primarily have a rich growth of Sal trees. It’s also home for the Kandha tribal of Orissa. The ...
view more

Rayagada
Rayagada is a mineral-rich district in the southern part of the state of Odisha. Rayagada is nearly 390 km from Bhubaneswar by road. Rayagada district is known as the most famous region of the state because of its longest human history. In the third century B.C., during the reign of Ashoka the Great, it was covered under Kalinga empire. The hilly track between Bansadhara a...
view more

Jeypore
Jeypore is the largest town after Bramhapur of south Orissa. Jeypore pronounced in Oriya as Joypur which literally means 'The city of victory'. It is over 500 km away from the Bhubaneswar, the capital city. The History of Jeypore goes back to King Vikram Dev's Dynasty. Jeypore Kingdom earlier called as Nandapur Kingdom located in the Eastrn Ghats. The town is fam...
view more

Konark
Konark, a village in the state of Orissa, is situated at a distance of 66 km from the state capital Bhubaneswar and around 35 km from the popular sea beach of Puri. The Sun Temple located in Konark is one of the most marvelous tourist destinations in Orissa. It can be easily reached from other locations like Bhubaneswar, Puri, Chilka, Gopalpur and Chandrabhaga, among others. The Sun god worsh...
view more

Puri
Puri District is a coastal district on the eastern part of Odisha, India. This District needs no introduction, being the abode of Lord Vishnu, most popularly known as Lord Jagannath. This District derives its name from the heritage city of Puri, one of the four pilgrimage centres of India. Handicraft and cottage industries of this District is famous the world over, its original source being the te...
view more